Loved ‘Enjoy Enjaami’ and the tracks from ‘Karnan’? It is the result of several hours put in by sound engineer Sai Shravanam whose latest project is a tribute to India’s rivers

Sai Shravanam is playing an aalaap from his recent musical project ‘Rivers of India’ at his state-of-the-art recording studio Resound India in Adyar, a place he calls “my temple”.

Also Read | Get ‘First Day First Show’, our weekly newsletter from the world of cinema, in your inbox. You can subscribe for free here

He toggles between computer monitors and a giant recording console to play two tracks — one original and the other he has worked on — and points out the musical difference. “I wanted this portion of the track to be ethereal and the voice to be God-like. Sound engineering is incredibly important to bring the best out of a musician,” he says.

And he should know; Sai is the man behind the rich sound of several leading musicians in films and classical music universe. Recently, he received the Kalaimamani award from the Tamil Nadu Government, becoming the first sound recordist to do so. His recent works include the viral hit ‘Enjoy Enjaami’ and tracks from Dhanush’s Karnan, but Sai is pumped at the response for ‘Rivers of India’.

“The song is a tribute to precious water resources in the country and stresses on the need to protect them,” he says.

Conceived by Kanniks Kannikeswaran, ‘Rivers of India’ not only features a never-before-seen collaboration between Bombay Jayashri, Kaushiki Chakraborty, Rishith Desikan and Amrit Ramnath, but also has a chorus section by the global IIT alumni. “He [Kanniks] has worked hard for spreading Indian choral music in the US; he called me about this project for IIT-Madras,” recalls Sai.

The duo realised that there was not a single song that carries the names of all the major rivers in India, and decided to weave them into a song. “Projects like these give me immense happiness as it helps me explore my thirst as a musician and producer. Rivers are something that several generations witness; so we roped in two mother-son duos (Bombay Jayashri and Amrit, and Kaushiki Chakraborty and Rishith Desikan),” he adds. 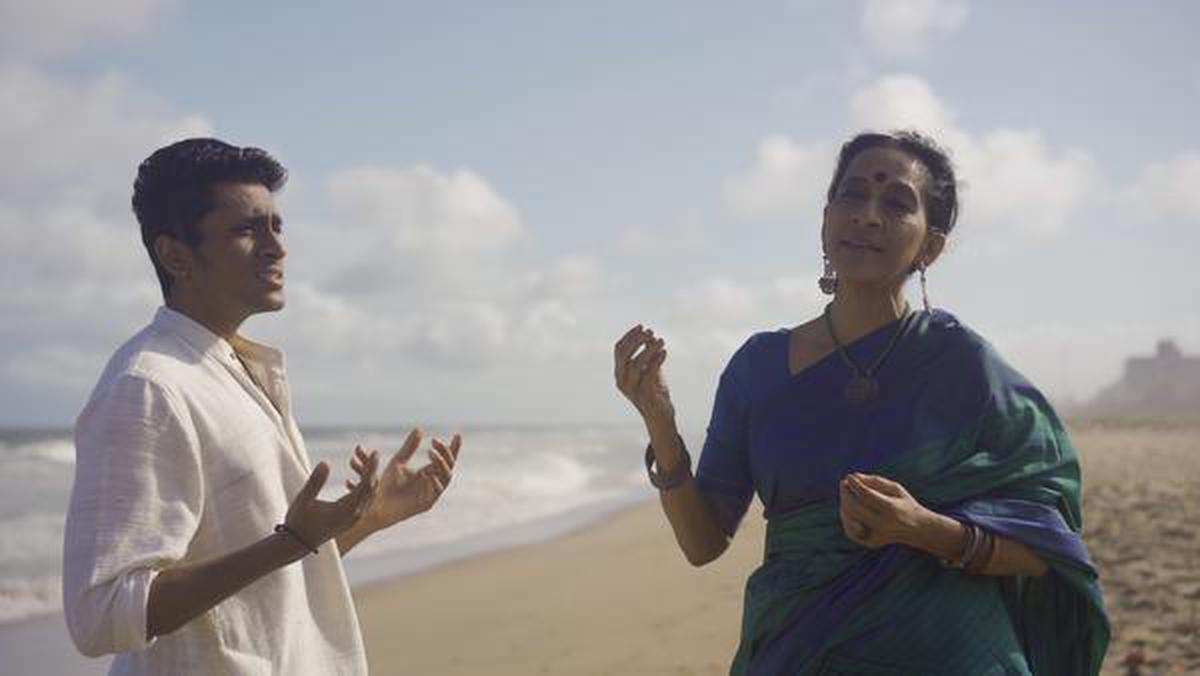 Sai believes sound is precious and that he has earned the sobriquet ‘the man with the golden ear’ because he does not distinguish between genres. “The day I see music as different things, such as classical, films and others, I will be finished. Sound and music are my greatest inspiration irrespective of who the artiste is.”

His own musicality too plays a big role when he is mixing and mastering songs. “I am not a technician who changes plug-ins. I end up involving myself a lot with the work,” says Sai. His other role is that of a tabla player; he has been playing regularly for AR Rahman and has had many memorable experiences. ‘Tum Ko Paa Hi Liya’ in Rockstar was one. “I was called and I played just once, and was then asked to leave. There were no retakes. I thought that Rahman sir had not liked what I played, but when I heard the song, the entire portion I played was retained. When I asked him about it, he said, ‘What comes first comes from God. What comes next comes from you’. That profound statement changed the way I look at life,” he adds. Sai has a unique way of working with songs; he sequences them in order in his recording console, much like how a storyboard artist would do with a script. “Sequencing is important because I believe that storytelling is an integral part of music,” says Sai, whose upcoming projects including songs with composer C Sathya and singer-composer Sean Roldan.

He is very much a behind-the-scenes technician who contributes to the final musical output. “Sound engineering is not merely tweaking a few knobs. It is a lifetime dedication towards music because it can make or break a song,” he says.

Sai usually works more than 15 hours a day, cocooned in his air-conditioned studio and working on various genres of music that are dished out by composers. “It might sound like a nice job but it comes with challenges; as a sound engineer, we have to keep listening to various versions of a single line multiple times and in various frequencies to see which works and which doesn’t. Only if there is passion and a love for music can one do that. In today’s movies, there is pressure for success. There is always an expectation on it to become hits. But views do not define music, intent defines it,” he adds.

‘My country is at war’: Gal Gadot criticised following statement on Israel-Palestine conflict

You may have missed

‘My country is at war’: Gal Gadot criticised following statement on Israel-Palestine conflict